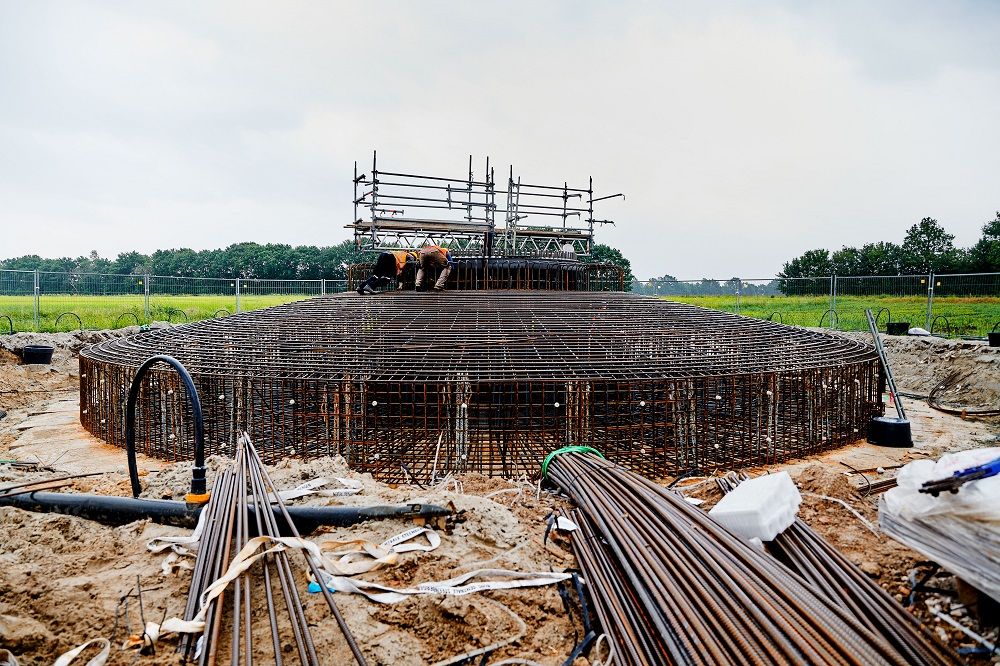 On their previous projects, Heijmans each time developed an application with the purpose of automating and optimizing (design) processes for a specific department. With the Wind Turbine application however, they decided to shake things up a little bit.

“This project was different from our previous applications”, says Tom Nillesen, Lead Developer parametric design at Heijmans Construction and Geotechnics, “because this was our first application in which multiple disciplines where ultimately brought together, which made it not only different but much larger and more complex as well!”.

Whilst building the Wind Turbine application, Heijmans adopted the logic they previously wrote for some of their earlier applications. Tom: “You can see this is very efficient, since you can simply reuse the logic you have already written once instead of starting completely from scratch.” Parts of the Python code that the developers at Heijmans had already written for their previous applications was thus used as digital building blocks to shape the Wind Turbine application. This helped them save a lot of time since these code parts were stored in the Heijmans Python code library where they could easily be retrieved from where and whenever possible.

The Wind Turbine App was the first of Heijmans’ application that was built to be used by people from multiple departments. The application was ultimately created for the purpose of automating and optimizing the design process of wind turbine foundations. However, for the design of a wind turbine foundation, data from multiple sources is required. Therefore, the decision was made to incorporate three of Heijmans departments.

The Wind Turbine application is created on VIKTOR, a platform for parametric design in the cloud. It has integrations with several (calculation) software packages (IDEA StatiCa, SCIA Engineer, and D-Foundations) and requires input from various data sources (soil research, turbine supplier, and pile types). Because there are so many processes involved, operating the application may seem complex. Therefore, we will explain exactly what steps need to be followed to create a design.

Structure of the Wind Turbine application

Before a design can be calculated, a lot of information on a lot of aspects is needed, such as the bearing capacity of the underlying soil, data from the turbine supplier, and data on different pile types. After you have acquired all this information, it can easily be imported into the application, where it will all be stored in one place. However, before calculations can be run, the following things need to happen first:

After determining all information on the soil research, turbine supplier, and pile types, the application is ready to be used to create a tender design, which goes as follows:

Because the Wind Turbine application is a multidisciplinary app, all departments are allowed to access and see the information within. However, to keep the process structured, Heijmans decided that only the designers that are concerned with performing the calculations are the ones to operate the application. They also provide the other departments with the right information. This means that while the other parties are able to access the application, in reality they probably never have to.

Benefits of the Wind Turbine application do not stop at the automation of parts of the design process for Heijmans. Before they created their application, Heijmans did not design wind turbines themselves. Now, with a lot of research and the ability to store this newfound knowledge directly in the application, they are able to deliver an integral design of a wind turbine foundation. This way, the application gives them more control over the entire process.

“Before, we did not do the design of wind turbine foundations ourselves. For this, we had to do a lot of research: How do you calculate a foundation? What do we need to bring to the market? Now, when someone asks something about a project, we have much more knowledge on all aspects. This way, we can communicate much faster. There is no third party involved that we have to consult first whenever something is unclear. When consulting starts, the clock starts ticking and prices start to rise immediately. Being able to do this ourselves allows us to generate a design much faster and it saves us so many resources.” – Tom Nillesen, Lead Developer parametric design at Heijmans Construction and Geotechnics.

Due to the full control that the application provides, Heijmans expects to lower the costs of a project and achieve a higher hit rate in tenders. 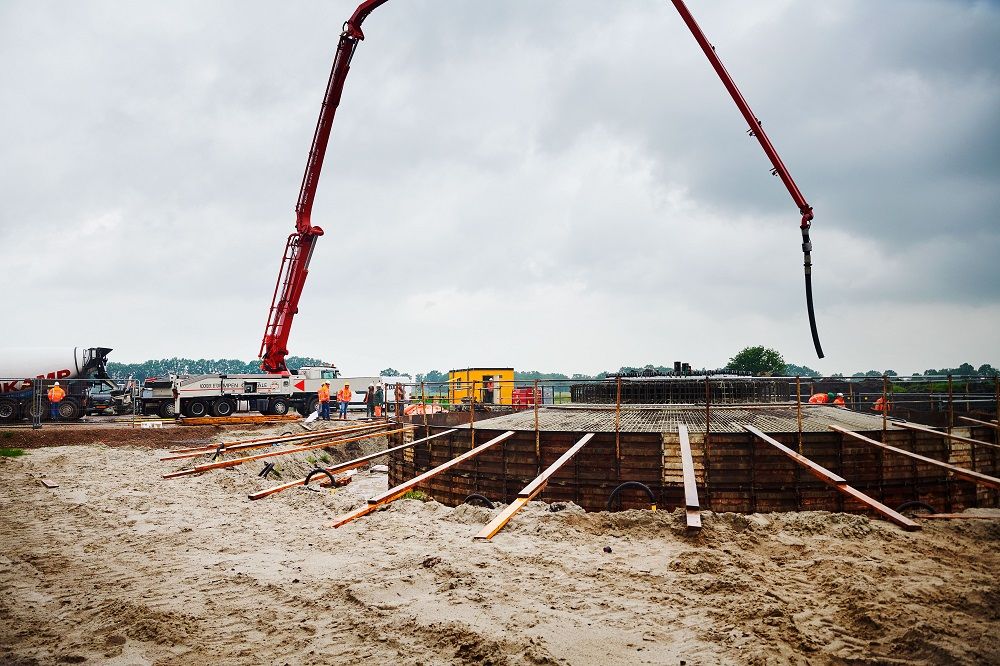 Heijmans has worked on the Wind Turbine application for a couple of months and is currently applying it to tenders. Even though the application already holds a lot of promises, there are still some improvements that they want to work on.

From automation to optimization

Currently, there is not yet an algorithm for the optimization of the design. If the design is not sufficient, you now need to manually change a few parameters and run the calculations again. Tom: “This way, you still get to an optimal design pretty fast. We chose to store our geotechnical calculations in a database, so we have a huge set of information on pile point levels and pile to pile distances that we can use to adjust designs quickly, but we want to automate this too!”

Additionally, Heijmans wants to be able to automatically build not only structural designs but geometric models as well. These models can be used to create blueprints and reinforcement prints, something that normally takes a lot of time and multiple full-time modellers per project to do so. Being able to build structural models at the push of a button would save them not only lots of time, but money as well.

Furthermore, Heijmans wants to automate that last part of repetitive work that still needs to be done to minimize chance of errors and make sure no one has to spend time on iterative processes anymore. This way, they have more time left to take on the exceptional cases where they can apply their expert knowledge and create real value.

“I think that when it comes to design, ‘Automate the boring’ is a slogan that we could start adopting as well. Of course, we cannot (and don’t want to) automate everything, some cases are just too exceptional to automate. Furthermore, as Heijmans, we still have to go outside and build our designs of course. That part cannot be automated with web applications. However, looking at the design process of wind turbine foundations, we are really getting there regarding automation.” – Tom Nillesen, Lead Developer parametric design at Heijmans Construction and Geotechnics. 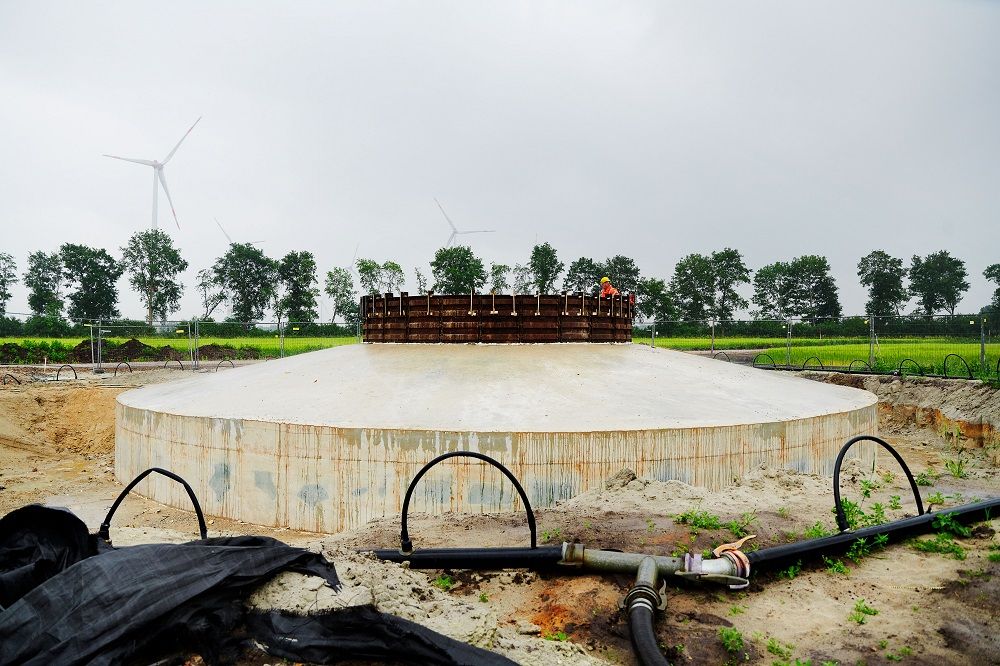 Building the Wind Turbine application, Heijmans especially focussed on the communication and collaboration between the three departments that where involved. However, Heijmans is a large company with many more departments, waiting to be linked as well. Departments such as Soil and Roads are really close knit to Construction and Geotechnics regarding the type of work. Heijmans wants to involve these disciplines in their applications by automating parts of their work processes as well. There are already some aspirations to create a larger ‘umbrella application’ that involves several more departments. For this, they want to use the same soil data and other important information when working on projects that share many characteristics.

“When Heijmans Soil and Roads builds a piece of highway that also contains a viaduct, Heijmans Construction and Geotechnics gets involved to work on that part. It is like having companies within a company. They each work on different designs, but within one big ‘umbrella project’. If we are able to use one application to create one integral process, this could not only save a lot of time and money, but it would make the overall design better and more efficient as well. That is the ultimate goal I am working towards: Building a network of applications that can be used throughout the entire organization, everything dependent on each other. If you change one thing, everything that depends on that will change as well. But before we can do this, we first have to start somewhere small: Automating a few tiny steps, combining those into a bigger application like the Wind Turbine application. If that appears to be successful, we can start going bigger.” – Tom Nillesen, Lead Developer parametric design at Heijmans Construction and Geotechnics.

See how you can develop your own parametric design tools as well. 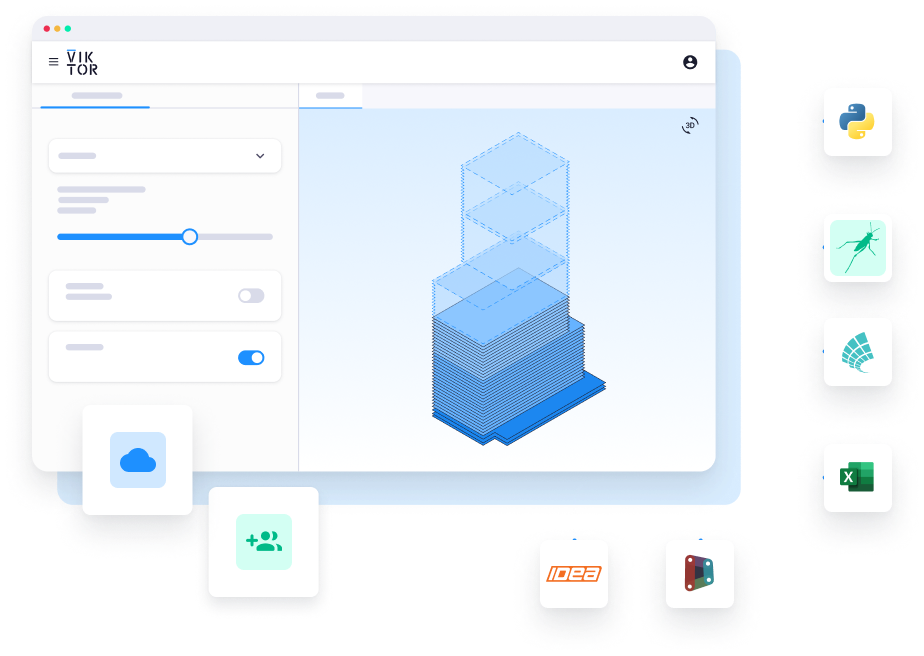 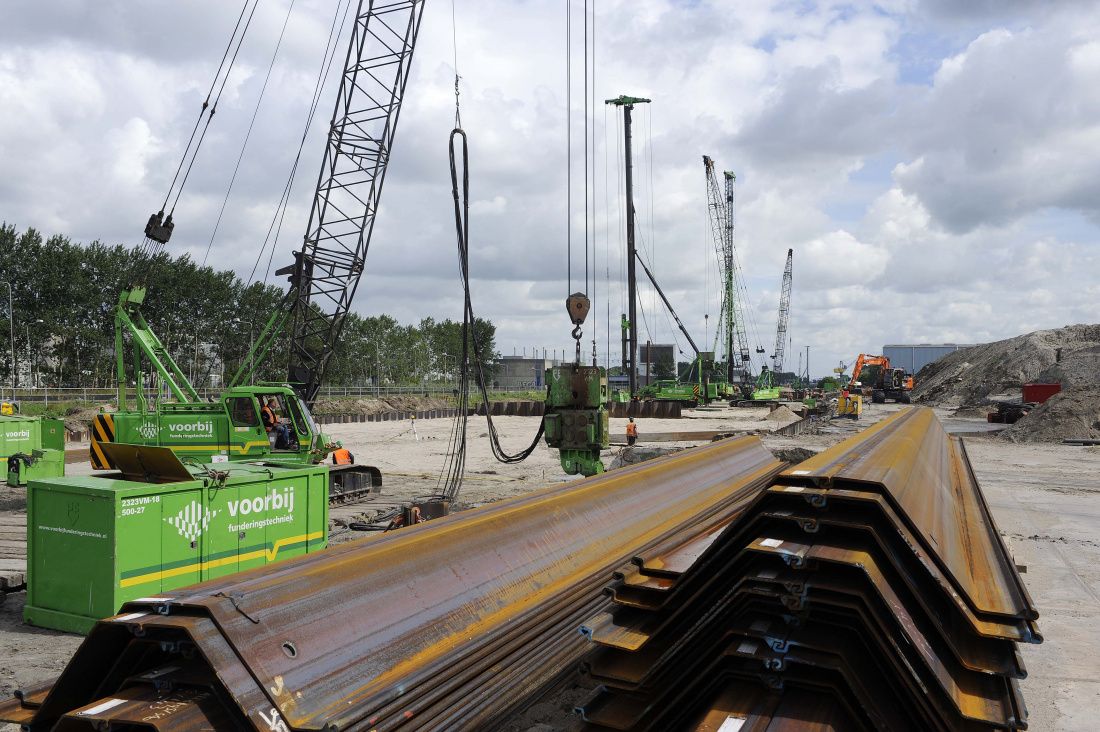 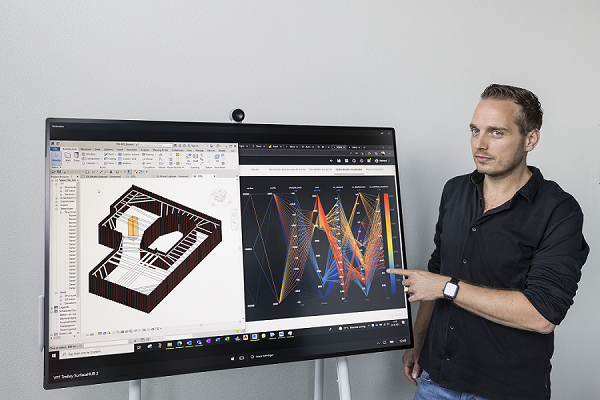 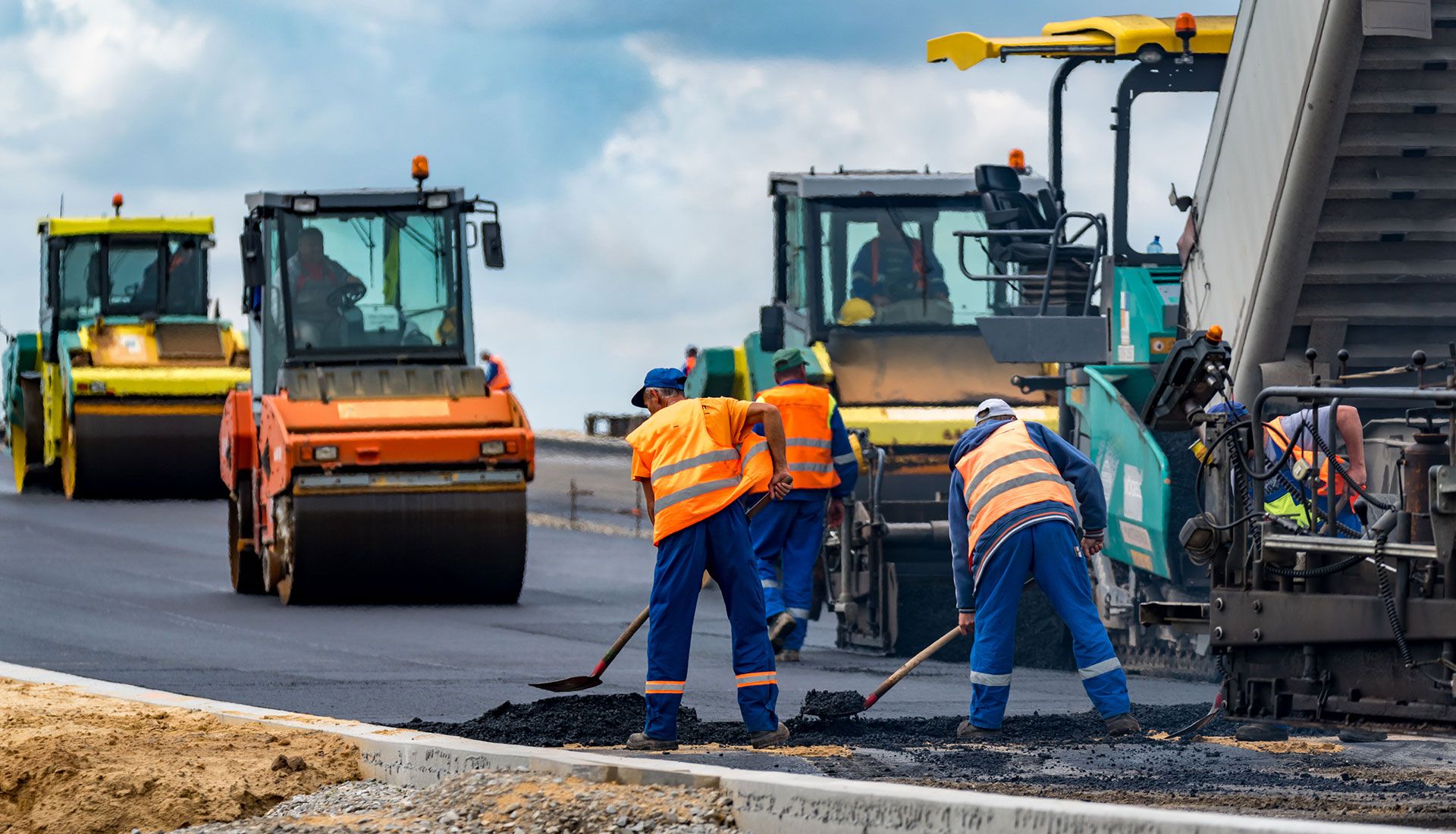