Dynamo and Python in the Cloud for easy sharing and accessibility

Dynamo is loved by modelers for making automation accessible to non-programmers. However, Dynamo models tend to get quite complicated quite quickly, making them hard to use for those unfamiliar with their inner workings. At global design and consultancy firm Arcadis, engineering teams are ‘wrapping’ their Dynamo models in VIKTOR web apps, making cooperation easier and quicker.

It is impossible to conceive any large project without hundreds of different models in CAD software such as Autodesk. The "manual" work of today consists of many mouse clicks behind a desk. Most skilled modelers have improved their workflow by automating parts of their work, reducing the number of clicks and saving time on large projects.

One of the most beloved tools by modelers to automate their work is Dynamo, a visual programming tool. By no longer requiring programming experience, it makes automation more accessible and allows modelers to quickly automate repetitive tasks. The engineers at Arcadis are clearly aware of the many advantages this provides, as many of them use Dynamo a lot in their work.

However, Dynamo also has some disadvantages. Since it is very easy to start with Dynamo, it is also very easy to make complex models resemble big knots that can be very difficult for someone else to untie.

Much like a very complex Excel sheet made by somebody else, these complicated models are very difficult to share among co-workers. So, everybody tends to make their own program, as this is usually faster than understanding how to use somebody else's.

Use it, without breaking it

This is where VIKTOR comes in. VIKTOR is a web application development platform with a Python framework. Amongst others, it has an integration with Dynamo. VIKTOR enables easy sharing of Dynamo parametric design models with your colleagues. It provides an easy-to-use user interface that asks for input and shows the results. This allows you to use a model you don’t know, without being afraid to break it. You don't need to learn another new tool, or program, and you can use models from your colleagues easily. Obviously, this can save enormous amounts of time. Furthermore, this can prevent mistakes from happening as you can polish one model rather than having ten different versions made by ten different colleagues floating around. Indeed, as soon as you finish it, the app is instantly available online. Additionally, providing access to colleagues is easy and fast.

Arcadis has proven the development speed by converting some of their Dynamo models to VIKTOR-based interfaces. A day was setup where some of their engineers met with people from VIKTOR to move some of their most used projects to the VIKTOR platform. The expectation was that it would be a lot of work and they set aside an entire day for it, but in reality, they were finished by lunchtime.

The main advantage for Arcadis is that the skills of their engineers are now easily transferable. There is no steep learning curve and no need for inhouse web-development. All they needed was their existing Dynamo knowledge and 10 to 20 lines of Python code that are mostly reusable.

From spaghetti to just three sliders

In a single morning they managed to create two web apps from their Dynamo projects. Both are shown here. The first generates a design for a Highrise building based on three parameters. The second generates a model of a Dome with four parameters.

A design of a Highrise building based on three parametesr 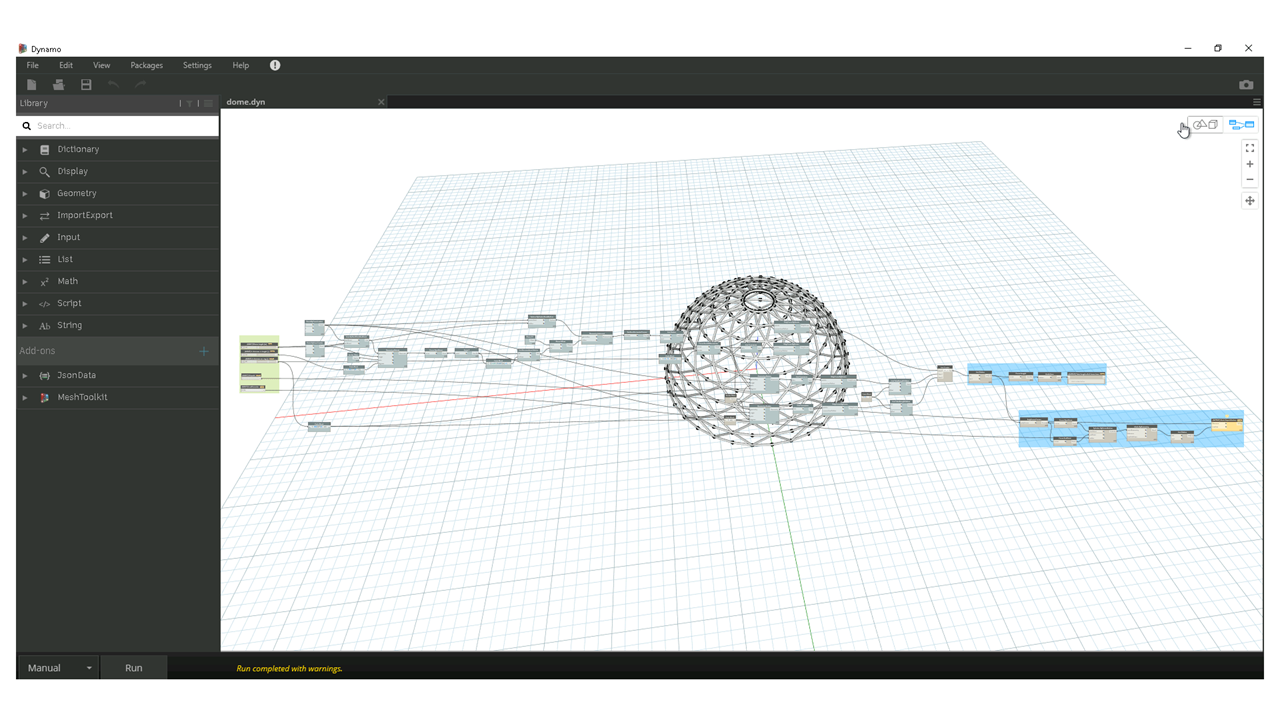 A model of a dome based on four parameters

As you can see, the Dynamo code is not very intuitive. In the presented ‘spaghetti’ it is not easy to understand what is happening and what you need to do. To someone that is not ‘in the know’, it will take time and explanations to be able to use it. Confusion and mistakes are likely.

Below, we have the VIKTOR web-app. This is the same Dynamo code, just with a wrapper around it. In this case, it is very easy to understand what is happening. There are three parameters. Based on those, a design for a building is generated and visualized within the same screen. Almost no explanation is needed to be able use this, even someone that never used Dynamo could figure it out alone in a few minutes. This allows tools and knowledge to easily be shared within teams and within a company. No need for everyone to build their own version and to reinvent the wheel. One model is enough.

Automate the boring. Engineer the awesome! 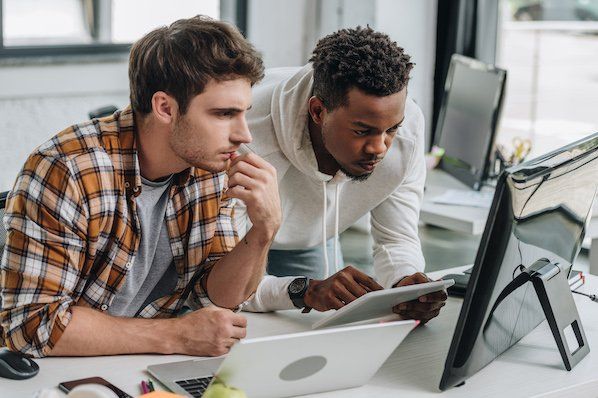 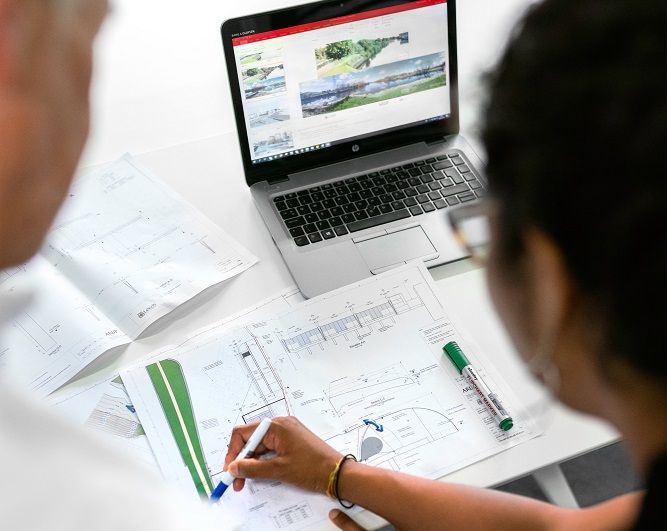 Digital Transformation in Engineering and Construction